House Burns Down After Family’s Dog and Cat Have Colossal Fight. 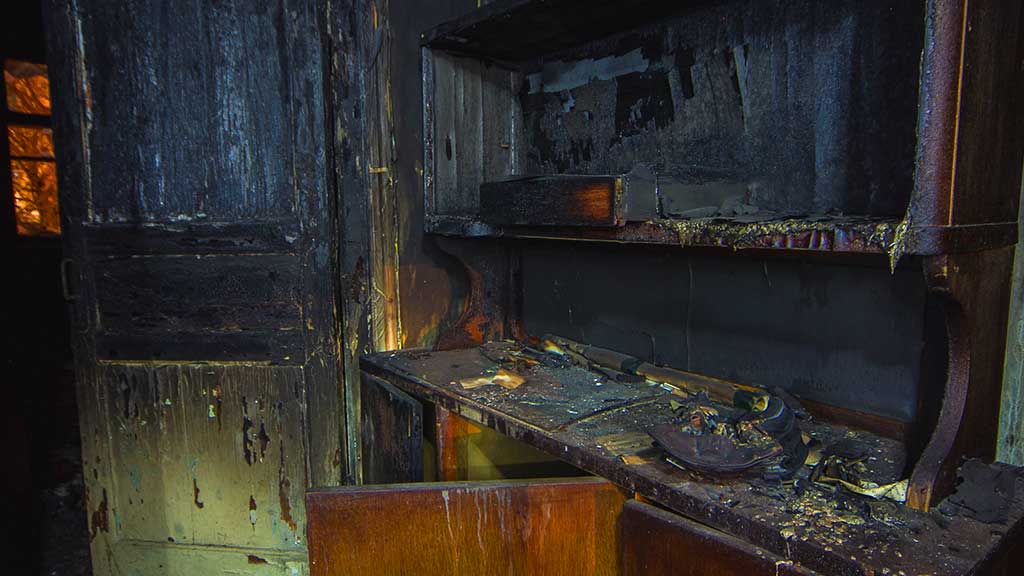 A long-standing feud between a family’s dog and cat ended in a 3 alarm fire.

Bradford County, Pa.volunteer firemen were called to the scene of 12585 Rte 187 in Wyalusing, Pa. after a family’s dog and cat chased each other in a fight, accidently knocked a bowl of goldfish onto an outlet, and started an electrical fire.  The home was completely destroyed.  Though both goldfish expired in the blaze, there were no other casualties and the dog and cat made it out alive.

Married Couple On Opposing Sides Of Dog and Cat Fight

The property belongs to Mr. and Mrs. Pranks, both lifelong residents of the area.  During an interview with the local news, Mr. Pranks reported that the dog and cat ironically named Tom and Jerry, had been rivals ever since Mrs. Pranks brought Jerry home from the local shelter.  Said Mr. Pranks. “I don’t blame the dog or the cat; it’s my wife’s fault.  I told her not to get another pet, but she went out and got one anyhow.  Tom is a one pet kind of family dog.  As soon as she brought that cat to the house, you could see that Tom was upset. I told her, Mildred, take that godforsaken mongrel cat back where it came from, but as usual, she turned down her hearing aid and went about her business.  I’ve been unhappily married to that woman for 44 years and this is it.  Now with the house gone, so am I.  I’m taking the dog, the Ford Focus and what’s left of the case of beer I had in the shed. She can have whatever’s left; whatever ain’t yet burned.  We should have burned it all years ago, anyway.”

Wife Unflappable in Face of Catastrophe

Video footage of the scene showed Mrs. Pranks holding Jerry, the cat, smoking a cigarette, and kicking through the wreckage nearest to the police tape.  When told of what her husband had said, she replied, “Thanks for telling me. I usually keep my hearing aid off when he’s around, so I wouldn’t have known otherwise.  He’s more attractive with the sound off if you catch my drift.”

When asked what she’ll do with no home, no car, and nothing to drink, Mildred seemed optimistic, “I have a second cousin who is a veterinarian in New City, New York, dad’s side of the family, but still nice.  I called him an hour ago and he told me that he can probably put me and Jerry up in his son’s old room. He just has to ask his wife first to see if it’s okay, but I think she’ll green light it.   I’m looking forward to the move and I think Jerry needs medical attention for smoke inhalation and stress.  She took another drag on her cigarette and flicked the ash into the wreckage ahead of her. “Yep.  It’s a new beginning,” and then kissing the cat added, “this is the guy I want to be married to anyhow.”

For photos of the wreckage, Tom, Jerry and the Pranks, click here.