The Truth About Pet Food

Americans have become increasing concerned about the source of their food, what its made of, and how it’s processed. Fad diets have become all the rage and consumers have become  easy targets for marketing hype, exaggerated and unsubstantiated claims of miraculous cures.  Food recalls and the unresolved issue of  contaminated jerky treats from China have caused their concern to spill over into the pet’s food bowl.  Owners are now making decisions about what to feed their dog based on advertising and marketing rather than sound nutritional guidance.

Fact: Dogs are omnivores (like bears, skunks and raccoons)

Fact: There is no advantage to feeding grain-free diets

Ninety–five percent of all grains used in pet foods are digestible and nutritious.  Grain free diets use potato or tapioca as a substitute and these contribute fewer nutrients than grains.  In fact, it is a rare case that dogs are allergic to grains unlike humans.

Fact: There is nothing wrong with corn!

Fact: An estimated 54% of dogs and cats are overweight or obese.

out to be over 93 million dogs! That’s a staggering statistic.  What’s worse is that most pet owners aren’t even aware of what a healthy weight should be. Compound this with the challenge of estimating portion size for our pets when we have difficulty doing it for ourselves.  Research shows that healthy-weight dogs live 3 years longer than their overweight counterparts.  Obesity comes with a price.

Fact: Pet food containing only organic ingredients and  meat as the primary ingredients are the most nutritious.

Organic diets  offer misconceptions. Organic refers to the process under which plants/animals are grown/raised. It does NOT refer to the quality of the raw material. There is no scientific data to back up the claim that organic is healthier for our pets. In 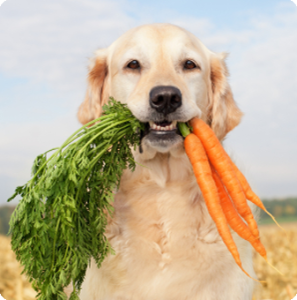 fact, organic diets frequently use flax seed as a source of fatty acids. Flax seeds do not contain EPA/DHA which are the Omega-3 fatty acids that offer benefits in the management of  dermatitis, arthritis pain, kidney inflammation and heart disease.  Flax seed requires conversion by our pets to achieve meaningful levels of EPA and DHA, a conversion which is “uniformly poor.”  EPA and DHA are found only in certain marine plants and fish are more efficiently derived from those sources.

GMO foods or Genetically Modified Organisms are of considerable discussion and concern amongst consumers. GMO can refer to crops such as corn, rice, tomatoes and soy that have been modified at the DNA level by scientists to be larger, more nutritious or even pest-resistant.  These foods, when compared with their non-GM counterparts, are said to be “substantially equivalent” and safe to be sold commercially. That being said, the long-term effects of eating GMO foods, both for people and their pets, are still being studied. Unfortunately, the FDA doesn’t require GMO foods to be labeled as such. In fact, some foods labeled as “all natural” may still contain GMO ingredients. The only way to be sure your pet’s food don’t contain GMO ingredients is if it’s labeled “organic” or “non-GMO.” The Institute for Responsible Technology has listed some of the most common processed foods made from GMO’s; these include ingredients such as Aspartame, corn syrup and dextrose. There are some studies that have linked GMO food consumption to infertility, insulin regulation, immune disorders and more.

Fact: Meat by-products are NOT inferior to muscle meat.

Animal by-products come from parts of the animal that are a ‘byproduct’ of the meat production industry (i.e. liver, heart, lung, stomach, thymus). Utilization of by products is environmentally sound, less wasteful and allows for more efficient utilization of resources. Unlike human food that, pet food  that contain byproducts cannot be manufactured from hide, beaks, feathers or hooves with oversight by several US agencies.  Chicken meal is also an excellent source of protein. It’s dehydrated and defatted chicken and provides a very digestible source of concentrated protein.

Fact:  Calories come from only three sources of nutrients, fat, protein and carbohydrate

Fat is 2.5 times as calorie dense as carbs and protein.  Since meat is very low in carbohydrate and higher in fat, feeding a mostly-meat diet means that you are offering an extremely calorie-dense meal.   In general, it’s possible to feed twice the amount of a veterinary-prescribed balanced food than its mostly-meat over the-counter or home-cooked counterpart.  More food for Fido and Feline means they are more satisfied, but not at the expense of their calorie counts.

Fact: Raw diets are not healthier

The FDA does not advocate raw meat, poultry or seafood diets for pets. There are published reports of pets and their owners getting gastroenteritis or even dying from contaminated raw meat foods. Just because their wild counterparts ate raw meat, doesn’t mean your dog or cat should. There is a reason domestic pets have longer life spans than their wild relatives.

Fact: Matching a pet’s physical condition to the appropriate nutritional profile is crucial.

A pet’s metabolic rate decreases as they age and they require less caloric energy.  Still, pet owners continue feeding the same amount of food which leads to progressive weight gain and a reluctance to engage.  It is especially important to modify a patient’s diet to complement their particular medical condition; feeding a high protein and fat diet in such a pet would be unhealthy. 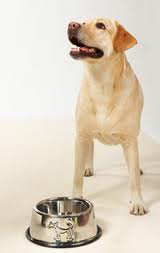 All diets are not equal, and not all pets require the same diets. Senior pets do not have the same caloric requirements as a growing puppy or kitten. A diabetic cat has strict nutritional needs that cannot be met by selecting a food by chance.   An arthritic dog should be fed a diet that produces lean body mass and is high in nutrients that promote healing and pain relief.   The over-the-counter pet food companies do not take this into consideration when designing their diets for general consumption;  they are formulating for the masses and flood the shelf with product to maximize market share. Their advertisements are designed solely to draw you away from your current pet food diet and towards theirs. The advertisements rarely contain scientific facts and their diets could in fact do more harm to your pet than good. Veterinary nutritionists working closely with prescription food manufacturers have developed formulas based on years of research with their goal being to prevent, manage and or treat specific medical conditions.  Your veterinarian has dedicated his life’s work to understanding the constantly evolving body of  information required to make the best recommendation for your pet’s specific medical condition.   We know our pets are one of a kind; they should be fed that way.