Where Are All The Bugs and Bats? 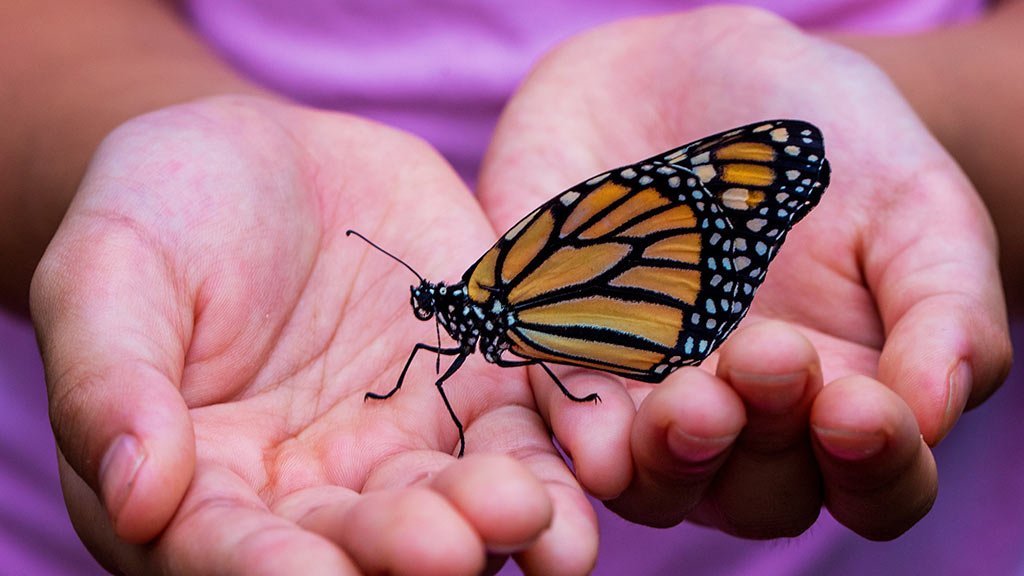 A rapid loss of bugs, bats, and amphibians from our area is cause for growing concern. The full impact of this decline could be catastrophic and not so far into the distant future.

According to a January 2018 hibernacula survey (a look inside bat caves) conducted by the Pennsylvania Game Commission, the little brown bat and the northern long-eared bat continue to show signs of massive decline.  Survey biologist, Tammy Colt, of the Pa Game Commission’s Southwest Region said, “Winter surveys have shown a mortality rate of 99 percent, while summer roost counts show a decline of 93 percent.”  She went on to say, “It could lead to the extinction of some species. We lost so many in such a short time span, it would be nearly impossible for them to grow their numbers back up.”

“It could lead to the extinction of some species. We lost so many in such a short time span, it would be nearly impossible for them to grow their numbers back up.”  Tammy Colt, Pa. Game Commission

A  2017 study chronicled a 75% decline in flying insects in Germany and another study in upstate New York found fewer insects smeared on windshields and splattered against license plates.  While that’s great news if you hate washing your car, the reduction of insect impacts is probably a sign that there are fewer insects.

Monarch Butterfly Population Down By 90%

In a 2017 USA Today article Craig Wilson, a senior research associate at Texas A&M University, was quoted as saying, “Monarchs number less than one-tenth of their population in 1996″.  At that time, Wilson says, scientists estimated that there were 1 billion of these insects alive.  While some of this decline is attributed to deforestation, a significant number of monarchs were killed when pollen from genetically modified corn drifted onto milkweed plants.  According to an article published in the Cornel Chronicle, monarchs died when corn that was genetically modified to include genes from a bacterium expressed toxins associated with the bacterium in its pollen. The pollen blew onto neighboring patches of growing milkweed,  monarch butterfly larvae consumed the milkweed, and then died.  Researcher Linda Rayor, an instructor of entomology at Cornell who worked on the study said, “Monarchs are considered to be a flagship species for conservation. This is a warning bell.”

“Monarchs number less than one-tenth of their population in 1996″ Craig Wilson, Texas A&M

The collapse of honeybees is another widely publicized phenomenon.  While the mortality rate of honeybees has improved over the past few years due to intense breeding programs and more vigilant oversight by beekeepers, it’s still shockingly bad.  During the winter of 2016-2017, an incredible 46% of all honeybee hives in New York State died.  Referencing the 2016-17 data for all states, Dennis vanEngelsdorp, Ph.D and assistant professor of entomology at the University of Maryland, seemed resigned to the higher death rate and articulated that a 15% nation-wide mortality rate was the new normal.  According to vanEngelsdorp, “That’s up from a 10% mortality rate that would have been consider high back in 1970’s.”

Is Long Term Exposure to Pesticides a Threat?

A number of contributing factors have been associated with Colony Collapse.  Researchers point to:

But Dr. vanEngelsdorp is concerned that the lingering effects of pesticides may also be a contributing factor.  According to vanEngelsdorp, “Bees don’t die right away from pesticides; a colony can lose 30 percent of its bees and still be a healthy colony because it’s a super organism and can absorb some shock. The problem is that some of these pesticides have a delayed effect. Three or four months after the exposure, the colonies are more likely to die. I think the EPA has never had to address that longer-term issue. They are working to try to develop new ways of testing and making sure that products are safe for bees.”

“The problem is that some of these pesticides have a delayed effect…I think the EPA has never had to address that longer-term issue.” Dennis vanEngelsdorp, Ph.D, University of Maryland

Amphibians too. Is there a connection?

There are 11 species of turtles native to New York and all of them are in decline.  The same is true for many kinds of frogs, salamanders, and newts throughout New York and New England. In an article published by the NY Department of Environmental Conservation entitled Amphibians in decline,“There are six major drivers of global amphibian decline.  They are: habitat loss and fragmentation, pollution, disease, overexploitation, climate change, and invasive species.”  The author blames humans as the source of all six drivers and goes on to say, “The human element is essential in amphibian conservation because humans are the main source of the causes for amphibian declines and therefore a change in human activity is required for effective conservation.”

Why We Should Care

According to an article published by the Zoological Society of London, bugs and other invertibrates make up 80% of the known species of our planet.  Their loss would have a catastrophic impact on the life of humans and all other species in our world.  Researchers in the German study voiced a similar position. “Loss of insects is certain to have adverse effects on ecosystem functioning, as insects play a central role in a variety of processes, including pollination, herbivory and detrivory, nutrient cycling,  and providing a food source for higher trophic levels such as birds, mammals and amphibians.  Eighty percent of wild plants are estimated to depend on insects for pollination while sixty percent of birds rely on insects as a food source  The ecosystem services provided by wild insects have been estimated at $57 billion annually in the USA,  Clearly, preserving insect abundance and diversity should constitute a prime conservation priority.”

What are We Going To Do About It?

Insects and amphibians, bats, birds, and other mammals are all threads in an intricately woven ecological tapestry the complexity of which we still do not fully understand.  Minimally, we know that biodiversity is essential to the long term health of our environment and our ability to produce food, but it’s not an exaggeration to say that the decline of species could have an apocalyptic impact on our world. We should come together as a society and increase research and awareness in this area.

Take A Survey Of What You Are Observing

Animal Medical would like to increase awareness of what’s happening with insect and amphibian populations in our area, so we’ve put together a short survey.  It’s only a few questions, confidential, and secure.  We want to know what animal and insect population changes you are seeing in your neighborhood   Results will be posted on our website and shared with any local official that wishes to review it